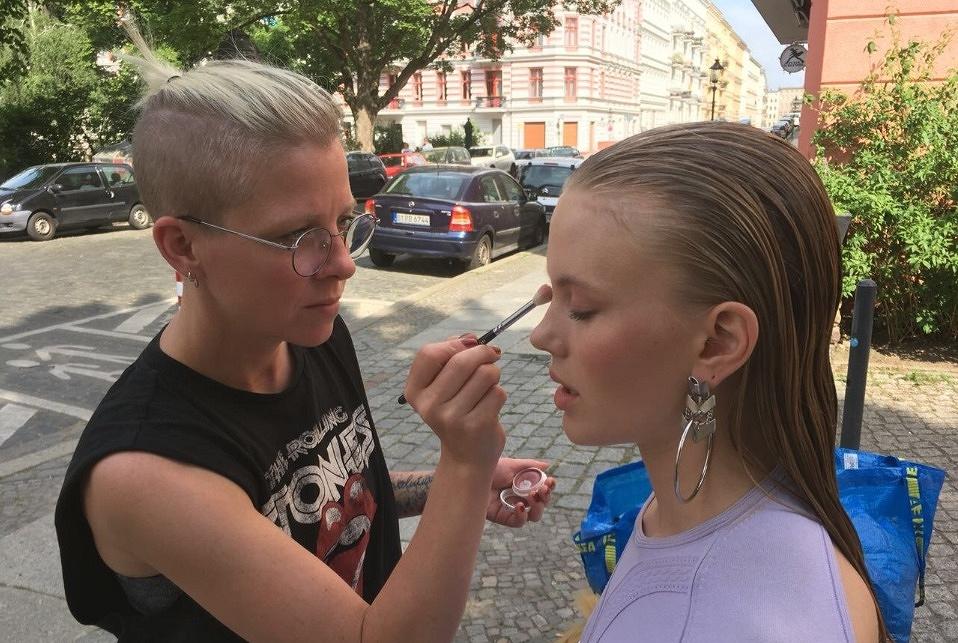 Astrid Stebich is London based Hair and Makeup artist that started her career 15 years ago in Germany, training to become a hairdresser. She quickly excelled and received a Master degree in Hairdressing.

Her inquisitive, creative mind, passion and love of cinema and the stage led her to develop an interest in art of creating character make up, wig making and special effects.

She enrolled at Berlin’s prestigious “Hasso von Hugo Maskenbildnerschule” specialising in Film, Theatre and Media where she gained the knowledge and experienced working at Komische Oper in Berlin alongside her studies. She has been involved in numerous student, low budget and indie films, advertising, TV productions, music videos, fashion shows and editorials.

Since then Astrid’s hard work and peer appraisals got her recognised by the leading professionals in the Industry and she quickly progressed to work on the prime German TV shows, dramas, short and feature Film productions.

She is unstoppable, good team worker as well as an initiative taker, reliable, methodical and professional and truly excited about the new opportunities offered that would allow her to bring her skills and creative spirit into the new projects and productions.